The name Khajuraho has its origin in a Sanskrit term, ‘Kharjur’ which is a fruit and means date palm in English. As per the legend, there used to be two golden date-palm trees as the gate, and hence this name. Though when these temples were rediscovered, the trees were found missing,
Khajuraho Temples are located in the Chhatarpur district of Madhya Pradesh at a distance of
about 175 km Jhansi. Initially, there were 85 temples, though now only 25 temples can be seen. These temples demonstrate the art and architecture of Hinduism. The temple construction follows the Nagara Style of architecture and symbolizes erotic sculptures.
The Khajuraho Temples are rare examples of architecture displayed in Northern India. The temples of Khajuraho are spread across a distance of 6 km picturing 25 temples at the East, West and South clusters of the temples. The Nagara style of architecture of these temples has given it an Outstanding Universal Value, making UNESCO declare it as a world heritage sites. 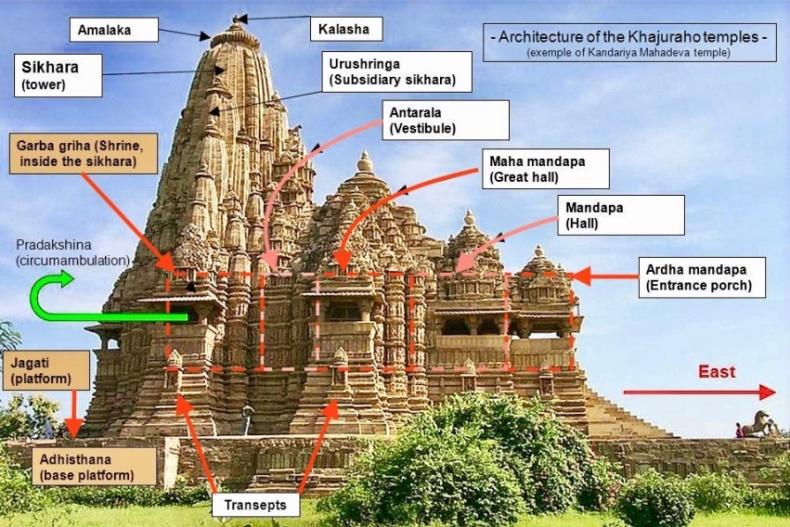 The history of Khajuraho temples:

Most of the Khajuraho Temples were built between the period of 885 AD and 1050 AD by the Chandela dynasty. As per the historical documents, around the 12th century, there were about 85 temples, spread over an area of 12 km. However, most of the temples are nowhere to be seen. Now, there are only 25 temples remaining, which are a testimony to these beautiful pieces of ancient art and architecture. Most of the temples here were built by kings Dhangadeva and Yashovarman who ruled the Chandelas dynasty.

The legend behind the Khajuraho temple:

According to a popular legend, there lived an extremely beautiful girl named Hemvati. Once, she was taking bath in a pond in Banaras, when ‘Chandradev (the moon god) saw her. Chandradev was smitten by her beauty. So, he proposed to Hemvati and she agreed. Together, they gave birth to a son, whom they named Chandravarman.

But soon, Hemvati realized that since the child was born out of wedlock, he may have to face harassment by people, and she cursed Chandradev. Moon god made a prophecy that this child would become a king one day. The prophecy turned out to be true as he became the Chandravarman, the great king of the Chandana dynasty.

The temples were in use till the 12th century, after which they were attacked by Muslim rulers from Delhi, who destroyed many temples. Between the 13th to 18th centuries, these temples were in a state of neglect. However, in the late 1830s, a British surveyor T.S. Burt, guided by some local Hindus rediscovered these temples. 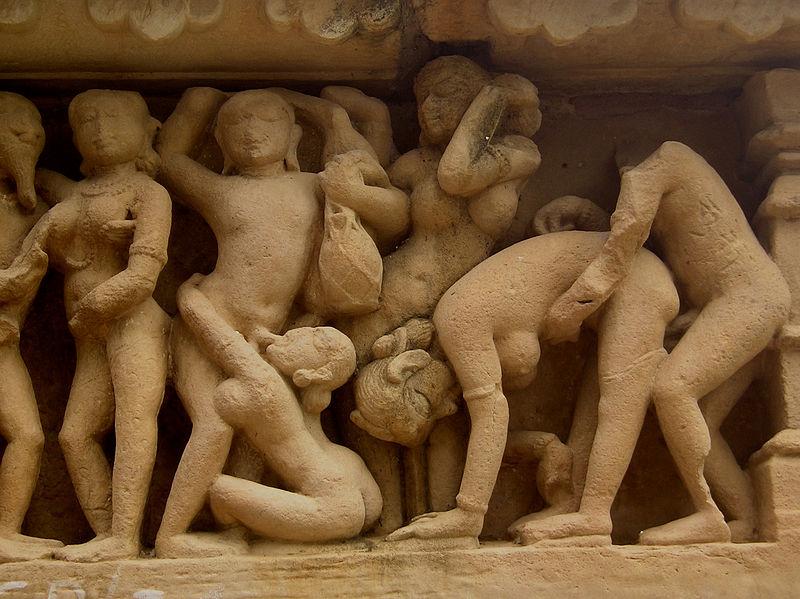 The architecture of Khajuraho Temple:

Some famous temples of Khajuraho

The temples are open for the general public between 8 am to 6 pm.

April to September is not recommended because of the summer and monsoon seasons. Summers in the South make the place too hot to travel in. Although monsoon lowers the temperature yet the humid climate is not much tolerable. Moreover, treks and travels are shut down in monsoon.

Khajuraho Dance Festival is a one week procession held by the Madhya Pradesh Kala Parishad near the temples of Chhatarpur district of Madhya Pradesh state in central India. This is a fest held to commemorate classical art, for which several dancers participate from across the nation. This festival is conducted from 20th to 26th of February.

The prominent dances showcased in this festival include Bharathanatyam, Kuchipudi, Odissi, Kathak, Manipuri, and Kathakali. With these ancient dance performances, modern Indian dance too has been recently added to the list. The dances are performed on flutes, tablas, classical music and on the prominent echoes of ghunghroo.

This show is one of the reasons to visit Khajuraho. The event is organized by the Madhya Pradesh Tourism Department. The event is held in two languages i.e. Hindi and English. The timings for this event vary in the seasons of summers and winters.

Khajuraho museum is located at the Matageshwar temple at the Western group of temples. The timings to visit are 8 am to 5 pm, and it is closed on Fridays.

How to reach Khajuraho Temples?

Other links are as follows:

Q. 1: How many temples does Khajuraho have?
Ans: Khajuraho had 85 temples by the 12th century, out of which only 25 have survived.

Q. 2: Which is the most famous dance festival in Khajuraho and when is it celebrated?
Ans: The Khajuraho dance festival, which is held every year from 20th to 26th February near the temples.

Q. 3: Which religion is followed in Khajuraho Temples?
Ans: Khajuraho temples follow Jainism and Hinduism and believe in the diversity of both religions.

Q. 5: Who discovered the Khajuraho temples?
Ans: A British surveyor T.S. Burt, guided by some local Hindus rediscovered these temples.