in 2021 Dussehra falls on 15th October which is Friday. So it is likely to be also a long holiday for most of India.

India is known as the land of ‘Vedas’. According to Hindu mythology, there are 4 Vedas. The last part of the Vedas is called ‘Upanishads’. These Upanishads deal with loads of practical knowledge on meditation, philosophy, rituals, and spirituality. In one of the chapters of ‘Mundaka Upanishad’, there is a famous shloka, which says “Satyamev Jayte”. This shloka means “Truth alone triumphs”. This shloka and its meaning is one of the main characteristics of Hindu mythology. And Dussehra is one festival, which signifies this thought.

Also called ‘Vijayadashmi’ or “Dashain’, Dussehra signifies the victory of truth over evil. The word Vijayadashmi comes from two words, ‘Vijaya’ + ‘Dashmi’. Here the word ‘vijaya’ means victory, and ‘dashmi’ means tenth. This is because, the festival celebrates the victory of Lord Rama over Raavan, and falls on the ‘dashmi’ (tenth day) of the ‘shukla’ paksh of the Ashvin month as per the Hindu calendar. As per the Gregorian calendar, this festival falls in September or October of every year.

Why is Dussehra Celebrated?

The celebration of Dussehra has a very long history. There are different stories, which are popular in different parts of India. However, the most popular legend is mentioned in the Ramayana, holy books of the Hindus. According to this holy epic, during the ‘treta yug’ there ruled a king in the Kaushal state. The king named Dashrath had 3 wives, and he had 4 sons from these 3 wives – Kaushalya, Kaikeyi, and Sumitra. His eldest son was Rama, who is loved by everyone in the kingdom. His father, King Dashrath nominated him as crown prince. But due to a conspiracy hatched by one of the maidservants of Kaikeyi, Ram was asked to move to the forest for 14 years. To honour his father’s words, Ram went on exile to honour his father’s words. His wife, Sita, and his brother, Lakshman also accompanied him.

During their stay in the forest, the king of Lanka, Raavan saw Sita and he kidnapped her. Ram and his brother Lakshman started searching for Sita. In the process, they met an old lady called Shabri who advised them to meet the monkey-king, Sugreev who would help them in search of Sita. With the help of Hanuman, they met Sugreev, who agreed to help Ram in search of Sita. They found out that Raavan has taken Sita to Lanka. So, they attacked Lanka, and after a fierce battle defeated Raavan. Along with his many warriors, Raavan lost his brother Kumbhkarna and son Meghnad (also called Indrajeet). On the last day of the war, Ram killed Raavan and that’s how Sita got freedom. This victory of Rama over Raavan is celebrated as Dussehra.

In the ‘Dwapar yug’, when Paandavs were hiding in disguise in Virat kingdom, the Kaurav prince, Duryodhan came to know this and he attacked Virat to blow the cover off their disguise. Having got refuge in that kingdom, the Paandavs vowed to save them. So, Arjun (One of the 5 Paandavs) decided to face the Kaurav army. Before going into exile, they had hidden their weapons inside a hole on a Shami tree. So, it was on this day of Vijayadashmi, that Arjun retrieved the weapons from that tree. Then a fierce battle started between Arjun and the Kaurav army, where Arjun fought very bravely and defeated the entire Kaurav army comprising of great worriers like Bheeshma, Dronacharya, Karna, Kripacharya, Duryodhan, Ashwathama, Dushasana, and Shakuni

How will the Celebrations Be for Dussehra in 2021

The 9-days before Dussehra are celebrated as “Navratris’. During these 9 days, people in the western parts of India create huge pandals, where they worship Goddess Durga and perform ‘Garba Raas’ and ‘Dandiya’ to please her. In the eastern part of India, during the same time, people celebrate ‘Durgotsava’, where they worship Maan Kaali, who is a form of Goddess Durga. The people of Bengal erect grand pandals and install huge idols of Maan Kaali. They worship Maan Kaali for 5 days, and on the ‘dashmi’, the idol is immersed in water. Bengalis, call this festival ‘Bijoy Dashomi’ in their typical Bengali accent, which also means ‘victory on the tenth day’.

In several parts of India, a group of people gather together and perform ‘Ramleela’ by creating a stage on open grounds. The Ramleela stages a short version of the holy epic, the Ramayan. This Ramleela goes on for 9 days, and on the 10th day, Dussehra is celebrated.
In the morning, people visit temples and offer prayers to Lord Rama. Many people perform Dussehra pooja at home. In the evening, they visit local fairs, which are conducted on big open grounds. Here, huge effigies or Kumbhkaran, Meghnad, and Raavan are installed. These effigies are filled with firecrackers and are burnt one by one, which marks the end of the festival. 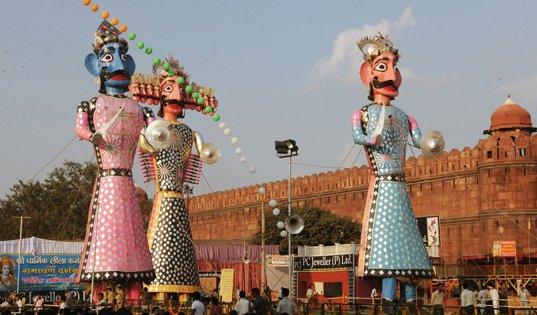 In different regions and cultures, there are some variations to celebrating Dussehra. In Marathi culture, people meet each other and exchange gifts. While exchanging gifts, one critical part of the gift is gifting the leaves of the Apta tree. The Marathis call this leaf ‘sona’ (gold), and the tree is called ‘Sonpatta’, which literally means ‘leaves of gold’. 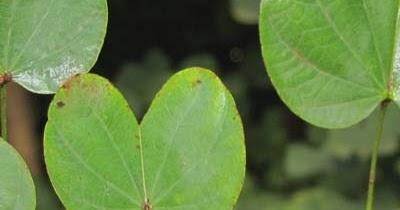 In South India, people admit their kids aged 3-4-year-old to school on this very day.

People belonging to the ‘Kshatriya’ community (worriers) perform ‘Ayudh Pooja’, which literally means worshipping the arms and weapons (or their tools). Worshipping arms and weapons on this day is considered very auspicious. People clean their arms and weapons and lay them on a red piece of cloth on a raised platform; sprinkle some gangajal (holy water of river Ganga), apply tilak on them with sandalwood, kumkum, and haldi (turmeric) paste. They offer flowers and worship them along with Goddess Laxmi, Goddess Parvati, and Goddess Saraswati. People into various professions also worship the tools they use, like people into writing profession worship pens, while doctors worship stethoscope, and musicians worship their musical instruments. On this day, these tools are not to be used at all.

As such Dussehra is very popular across India, but the best places to see Dussehrain 2021 are Kullu (Himachal Pradesh) and Mysore (Karnataka) which are are very famous. Every year, people from all over the world visit these cities during Dussehra and get witness the festival with all its grandeur.

This year, Dussehra will be celebrated across India on Friday, 15 October. The dashmi will start from 14 October, at 6.52 pm and will last till 6.02 pm on 15 October. During this duration, the following time durations as muhurat times (auspicious).

Final words about Dussehra in 2021

Dussehra is one festival, which across cultures and regions signifies the victory of good over evil. It means that however powerful evil may be, it is the truth that prevails in the end. Hence, we must always walk on the path of truth. In addition to India, Dussehra is celebrated in Nepal as well. In India, the Dussehra celebrations a Kullu and Mysore are world-famous.

Q. 2: Which are the two cities in India, where Dussehra celebrations are very famous?
Ans: Kullu in Himachal Pradesh, and Mysore in Karnataka

Q. 3: Whose effigies are burnt on Dussehra?
Ans: On Dussehra effigies of Kumbhkaran, Meghnad, and Raavan are burnt.