Every year, many festivals are celebrated in different parts of India. But no festival matches the excitement and grandness of the festival, which is associated with Deepawali. Commonly, called Diwali, it is the biggest festival for Hindus in India. Apart from Hindus, Jains, Sikhs, Buddhists, especially Newar Buddhists celebrate this festival.

The word ‘Diwali’ has been derived from ‘Deepawali’, which actually means ‘row of deeps or diya (deep + awali). Also called the ‘festival of lights’, the festival is celebrated on the Amavasya (new moon) of the Kartik month as per the Hindu calendar. As per the Gregorian calendar, the festival falls in October or November of every year. The festival is celebrated over 5 days, and each day has its own importance and a story behind it. The five days of Diwali are Dhanteras, Narak Chaudas (Chhoti Diwali), Diwali, Govardhan Pooja, and Bhai Dooj. The festival is mainly associated with Maan Laksmi, who is believed to be the goddess of wealth and prosperity; hence the third day is the main day, where people perform ‘Mahalaksmi Pooja’. 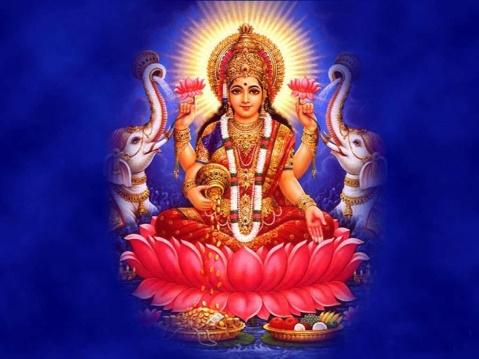 Why is Diwali celebrated?

While there are many stories connecting Diwali to Lord Vishnu, Lord Krishna, the death god Yama, and his sister Yamuna, Maan Durga, Maan Kaali, Lord Hanuman, Lord Ganesha, Dhanvantari (the Hindu god of medicines), and Vishwakarma (the divine architect and creator of the world).

But the main story revolves around Lord Rama, who returned to his kingdom Ayodhya, along with his wife Sita, and brother Lakshman, after serving an exile of 14 years. During these 14 years, they faced a lot of hardships. While in exile, Lord Rama’s wife Sita was kidnapped by Raavan, the king of Lanka. So, Lord Rama with the help of his brother Lakshman and Sugreev (monkey-king) defeated Raavan and saved Sita. So, Diwali celebrates the return of Lord Rama to Ayodhya. It is celebrated 20 days after Dussehra, the day when Raavan was killed by Lord Rama. This year Diwali 2021 falls on 4th November 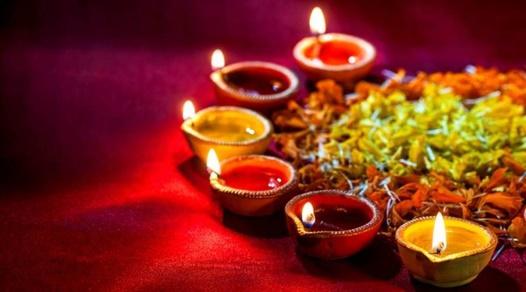 How will diwali 2021 be celebrated?

People start preparing several days before Diwali. They start cleaning and painting their homes. They remove unused things lying in their homes and decorate their homes and workplaces. People buy new clothes and buy gifts for their family members. Girls make rangoli at the entrance of their homes. In the evening, after performing the Lakshmi pooja, people light diyas and illuminate their homes. They meet their friends and relatives and exchange wishes along with sweets. Younger ones touch the feet of their elders and seek their blessings. After Diwali pooja, children burn crackers and enjoy sweets

The festival of Diwali is celebrated by people from various religions, which involve Hindus, Jains, Sikhs, and even Newar Buddhists. Though each faith has a different legend behind the festival, the main thought remains the same. All faiths treat Diwali as a victory of good over evil, light over darkness, and knowledge over ignorance.

The main Diwali 2021 festival is on 4th November. However traditionally diwali is celebrated over 5 days. Each day has its own significance with multiple stories related to it. During these 5 days, there are different activities that people do, which are given below. Everyday people make rangoli outside their house, and children burn crackers.

The first day of Diwali is celebrated as Dhanteras.  On this day people consider it auspicious to buy utensils and jewellery. The shops selling utensils and jewellery decorate their shops display the products prominently. This day holds a lot of significance for people involved in Ayurveda or other health-related professions. This is because, they worship, Dhanvantari, the god of health and healing, who emerged from sagar-manthan (churning of the ocean) on this very day.

The second day of Diwali is Narak Chaudas. It was on this day, during the Dwaapar Yug Lord Krishna killed Narkasur, the evil demon, who was the king of Pragjyotishapura, and freed 16,000 girls, who were under his captivity.

This day is also celebrated as Roop Chaudas, Kali Chaudas, and Chhoti Diwali. It is believed that Goddess Kaali killed a demon Raktabeej on this day. The demon has a unique boon, that if a drop of his blood falls on the ground, it will create another Raktabeej, and that’s how he got this name. So, with the power of this boon, he had become very cruel. Goddess Kaali killed him and ended his terror. On this day girls wash their hair, and apply kajal, as it is believed to keep them away from ‘kaali nazar’ (negativity).

Another name for this day is Roop Chaudas. Taking beauty treatments to look good is considered auspicious this day. Hence the name Roop Chaudas. On this day, girls apply mehendi and visit beauty parlours to look beautiful. Men also apply perfumed oil on their skin.

In some parts of the country, this day is celebrated as Bali Pratapada. It was on this day. Lord Vishnu went to king Bali, under the disguise of a dwarf Brahmin and took away the earth and heaven from him.

The third day is the main day of the Diwali festival when we perform the Mahalaksmi Pooja. It was on this day, Lord Rama has returned to Ayodhya. Being Amavasya night, it was very dark. So, the people of Ayodhya lit many divas to brighten up the night. Since then, the people started being associated with light and got the name Deepawali or Diwali. On this day, other than Goddess Laksmi, people worship Lord Ganesha, and Maan Parvati, the goddess of knowledge and literature. In some places, people belonging to the business community, people worship Lord Kubera as well, who is believed to be the god of wealth. People worship their books of account. Diwali signifies the start of new financial year for them.

The fourth day is celebrated as Govardhan Pooja or ‘Annakoot’. It is believed that on this day, Lord Krishna lifted the Govardhan Hill on his little finger and demolished the ego of Lord Indra. As a mark of gratitude people offer a variety of vegetarian food to Govardhan hill and Lord Krishna. And this is how; the name annakoot became popular. The word ‘anna’ means food, and the word ‘koot’ means mountain. So, annakoot literally means ‘mountain of food’. On this day, people go to temples and prepare ‘annakoot’, which is a mixture of many vegetables. This annakoot is then distributed as prasad. The people in villages decorate their cattle and worship them.

There are a lot of variations, the way Govardhan Pooja is done. In some places, a figure of Lord Krishna is made on the floor using cow dung. The figure is decorated with diya, young grass, and candles. The ladies feed the lord and worship it by taking rounds around it.

In some parts of India, people worship Lord Vishwakarma on this day. He is believed to be the divine architect and the creator of the world. He is the one, who had designed and constructed many famous buildings and weapons for the gods. 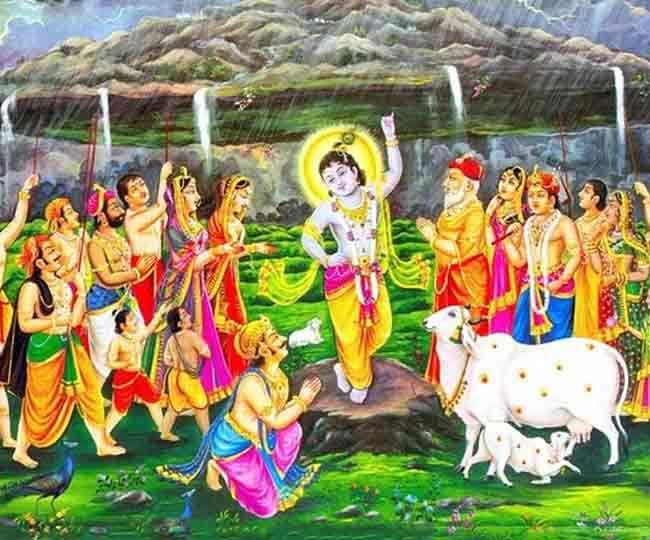 The fifth and the last day of Diwali is celebrated as Bhai Dooj or Yama Dwitiya. According to the legend, it was on this day that Lord Krishna visited his sister Subhadra, after killing the demon Narkasur. Subhadra welcomed his brother with sweets and flowers and applied tilak on his forehead. Since then, the tradition is that a sister invites her brother to her home, offers food of his choice with her own hands, and applies tilak on his forehead, wishing for his long and happy life. The brother on his part promises to protect his sister and blesses her with gifts and money. In some places, this day is celebrated as Yama Dwitiya, which signifies the legendary meeting of the death god, Yama with his sister Yamuna, the holy river in India. Yamuna invited her brother, Yama, and offered food at her home.

How other religions typically will celebrate Diwali 2021

Apart from Hindus, who celebrate Diwali in a grand manner, the festival is celebrated in other religions as well. It is celebrated by Jains, Sikhs, and even people following Buddhism.

In Jainism, Diwali is celebrated as “Mahaveera Nirvana Divas“. It is believed that it was on this day that Mahaveer Swami, the 24th Tirthankara (religious guru) of Jain religion gave up his physical body and attained final nirvana. The Jain people pay respect to him by visiting temples and lighting lamps.

Diwali 2021 is one festival, which is celebrated almost all over India, in one way or the other. Though the names differ, and the stories differ, but the basic message remains the same. The festival of Diwali signifies that evil can never win over good. For the people belonging to the business community, Diwali marks a beginning of a new financial year.

Q. 1: What is the origin of the word ‘Diwali’?
Ans: The word ‘Diwali’ is the distorted form of the actual word ‘Deepawali’, which means ‘row of deeps (diyas) (deep + awali).

Q. 5: What does Diwali signify?
Ans: The festival of Diwali signifies the victory of good over evil, light over darkness, and knowledge over ignorance.